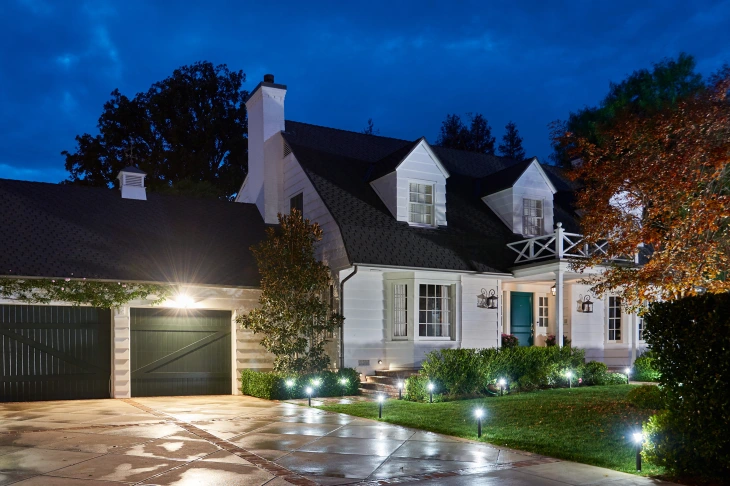 When it comes to creating a safe environment for one’s loved ones and friends, both at home and on the job, LED security lights are an absolute necessity. Traditional light fixtures don’t have nearly as much value to provide, but traditional light bulbs don’t last as long and don’t shine as brightly as LED lights.

When compared to incandescent bulbs, which have been the standard in lighting for the majority of its history, high-quality LED lighting can last up to 25 times longer while consuming 75% less energy. LED bulbs produce nearly little heat, which will assist in cutting costs associated not only with running the light but also with running the air conditioning to counterbalance the heat produced by older lights.

The longevity of LED lights makes them an excellent choice for usage in the home. A regular LED light that is on for eight hours every day has a lifespan of up to 17 years. By illuminating the areas around your property that are typically under the shadow, an LED security light can help make your home more secure at night.

With the clear sight provided by LED lights, you will be able to spot anything lurking in the shadows that would ordinarily go unnoticed with the undirected traditional lighting that is typically used.

The homeowner is able to acquire a clear and well-defined image or video of any potential intruders thanks to the enhanced visibility provided by certain LED security lights, which were specifically designed to function in conjunction with security camera systems.

Employees who work late into the night or early into the morning shifts may benefit from increased safety at their workplace from the use of LED lights. LED lights are bright, have a far reduced cost of operation, and have a significantly longer life expectancy.

LED lights boost both personal and operational safety, as well as the security of a location by improving the quality of video surveillance. Even when the power is out, the lights’ compliance with the lighting control can be improved thanks to the battery backup alternatives that they provide.

The light emitted by an LED, on the other hand, is oriented in such a way that it shines downward.

Another advantage of light-emitting diodes (LEDs) is that they do not require a warm-up period, and unlike most traditional lighting systems, the lifespan of LED bulbs is not diminished by frequent switching on and off. LEDs are an excellent choice for use in motion detectors, particularly in situations in which it is desirable to have more light while humans are around.

Motion-activated LED lighting can now be added to the existing illumination in walkways and waiting rooms, tripling the amount of effort put into reducing costs associated with energy use.

Already having demonstrated its effectiveness, the LED security light’s quality has made a positive impact on the lives of a great number of people.

Traditional light bulbs have a shorter life expectancy and a significantly higher cost of operation compared to LED lights, which have a substantially longer lifespan. Making the switch to LED will keep you, your family, and your employees safe while out at night.

If you are concerned about keeping your family and your employees safe, get in touch with our team here and see what suits the best for you.